KNOWING THE SIGNS OF ANEMIA IN CHILDREN

Children with anemia are difficult to recognize because the disease does not cause any symptoms. However, the disease still has visible signs such as pale skin, pale palms, difficulty sleeping, difficulty concentrating, playing tiring faster than other children.

Anemia is an abnormal condition of red blood cells (RBC) or babies with hemoglobin that is lower than normal (hemoglobin is the building block of RBC). RBC acts as a "truck" carrying oxygen in the blood. When we inhale, oxygen-containing air enters the lungs, oxygen is diffused from the lungs into the blood, where oxygen is attached to the surface of RBC and RBC carry oxygen to various organs in the body. A child with anemia is quite difficult to be noticed, because it does not cause any symptoms. Parents can find it challenging to see the signs of anemia such as pale skin, pale palms, difficulty sleeping, difficulty concentrating, easier to get tired than other children. Tachycardia is also a symptom of anemia, because anemia is the lack of oxygen-carrying RBC, causing a lack of oxygen to the organs. Therefore, the body compensates by increasing the heart rate to push the blood away at a faster rate, or known as increasing the speed of the "vehicle" that carries oxygen up to carry enough oxygen for the tissues.

Why do children have Anemia? 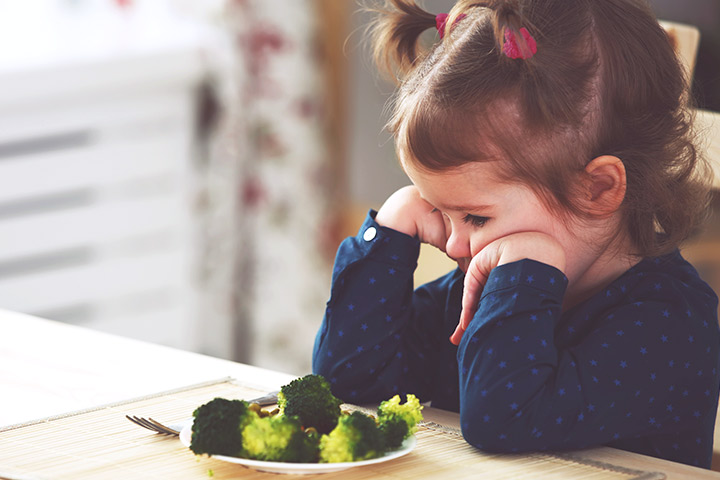 Insufficient RBC production: most commonly due to iron deficiency. In food, iron is found in meat, beans, green leafy vegetables. In the absence of iron, the body cannot make hemoglobin, so it cannot create RBC and without RBC there is no “vehicle” to carry oxygen.

Folic acid and vitamin B12 are also essential ingredients to make RBC. You can get vitamin B12 from foods (meat, milk, eggs) and folic acid is found in fish, legumes, and grains. Vegetarians will likely to be deficient in vitamin B12, because this vitamin is not found in green vegetables.

Anemia can be caused by improper production of RBC in the bone marrow. Children often suffering from malnutrition, infection, and chronic bone marrow disease which produces less RBC than usual. In very rare cases, bone marrow is unable to produce RBC. Some drugs such as anti-cancer drugs, also inhibits bone marrow to generate RBC.

RBC dies out too much: there are many reasons that make RBC life shorter than normal, causing them to die more causing anemia. One of the reasons is RBC shape-altering pathology. If we look through the microscope, normal RBC is round and flattened. It is the best shape for them to travel through narrow places such as the small blood vessels throughout the body.

A common genetic condition that changes the shape of RBC is sickle-shaped HC. Those RBC when passing through small, narrow blood vessels will rupture causing anemia. This is the most common of RBC shape changes diseases.

If someone has prolonged bleeding, it also leads to anemia. Because the amount of iron lost (due to blood loss) is more than the amount of iron ingested, the body lacks iron causing anemia. Some common cases are: menstruation in women, helminths sucking blood in the intestine, chronic inflammatory diseases of the digestive tract.

How to treat Anemia? 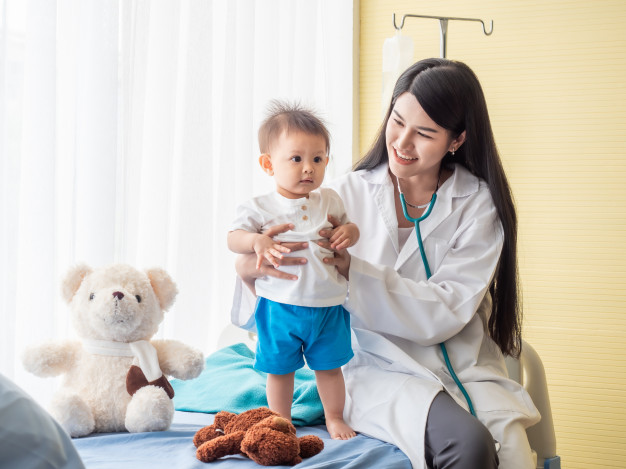 Treatment of anemia depends on the causes. In children, the most common cause of anemia is the lack of iron in the daily diet. Therefore, it is necessary to give children a diet that is rich in iron containing meat, eggs, legumes, and green vegetables.

Some children need iron supplements to help their body produce more blood. In other cases, doctors find that there are special causes and needs to have screening tests before treatment. Whatever the cause, a child with severe anemia needs a blood transfusion.

Children with anemia can easily regain health if treated properly. When RBC are produced in abundance, oxygen is transferred to the full tissues so that the body becomes healthy again.

(Referred from the National Institution of Nutrition - Ministry of Health)